A downloadable game for Windows, macOS, and Linux

'Bloom for me' is about two young girls and their struggles to cope with the world around them.

This game does not contain any jumpscares.

Wow, just, wow. I expected this to be a sad visual novel but the way it was presented it beautiful. I would like to commend at the bakcground because not only does it look good and visuall cool, it also helps to serve as a narrative tool, especially to illustrate how Yuri views the world and helps to make Hima pop up to give emphasis on her. The writing, though sparse, is nice to read through, especially with how slow paced it is (which I think reflect to Yuri) and gives off that awkward vibes when the two converse with one another. The small hints about what was going on with Yuri and Hima's life matched well with the mood of the visual novel because if it kept dumping information about what was going on would have ruined the slowness of the visual novel, just seeing hints help illustrate how much things have been going on for the girls (Yuri being her mother and her cutting words and neglectful attitude while Hima's father being much more forward with his hurt towards Hima).

Below I'll be talking about spoilers for the 2 endings for the visual novel so please watch out for it!!!!

In Ending 2 where you don't read the letter, I could see how Hima's words from Ending 1 came true with how Yuri became hurt and betrayed by Hima for leaving her and never coming back. Where they both talked how people just use other people under the guise of friendship and that it was better to have been alone, so in that essence Yuri became what Hima thought of which is sad especially since neither got closure.

But in Ending 1 where we do read the letter, I was stoked to see it. Especially with how Hima just snapped and revealed her real personality where she was hurt, tired, and wanted it all to end. Especially with how she called herself out for using Yuri which was contradictory with what was written in the letter. I think Hima just wanted to hurt Yuri at the last moment, to push her away so when she did die Yuri wouldn't be wrought over her death and would instead view Hima as an awful person, therefore not giving sympathy to Hima's death. But the letter that Yuri read helped her understand that what Hima was saying was false. And the ending of this confrontation where they just repeat to each other "Okay" made me soft because it felt like this is the closure they needed, especially for Hima, just saying it to help her see that it can be reality-- And at the credits where we see the letter (and seeing how Yuri used Hima's words against herself what with nothing to lose and whatnot) and seeing the photograph where Hima and Yuri happy, especially with how bright Hima genuinely looks while Yuri is just relaxed and smiling, clinging to Hima's arm while leaning against one another, in Tokyo??? Oh my god I'm so happy they found their happy ending!!

Great little visual novel! I enjoyed it and when I saw the title card after getting Ending 1 made me so happy!!

I had a lot of fun with this game. I loved the chalky background and good ending is best ending. Great work!

Video stream from when my friend I played through this game. Loved the visual presentation throughout the work, very unique for a VN title. Well done! https://www.twitch.tv/videos/759824886

This game hit me and my entire friend group right in the feels. Thank you for creating such a beautiful and touching game. It definitely deserves SO MUCH more attention

thank you for playing

Hello! I played your game and that art style was incredible! We want to translate your game into Turkish. But we need to get permission from you before start. Can we do it?

you can translate the game, yes.

but please do not change anything about the game itself, that's all I ask

Absolutely we won't change anything about the game. Don't worry about that. We will keep you informed about what we did in future. Thanks! ❤

beautiful. sadly, made me remember my friend i lost.

Thank you for playing, and I am sorry for your loss.

I hope you find yourself stronger from this experience

Heyy ! we just played your game and make a review about it. You might wanna take a look ;)

Great game anyway,.. keep it up

Nice but short Story with heavy Themes that realy make you think if its ok to ignore some signs on ppl.
Loved it but as with most Avs one thought is the same: "Why is there no Epiloge" xD

Ps:Mother of the Year for the "get a Boyfriend so i dont have to deal with you" line!

thank you for playing

I'm glad you enjoyed the game, thanks for playing!

This visual novel is really, really beautiful, almost made me cry! Thank you for creating such an amazing, emotional, heartfelt, and heartbreaking story.

Thank you for the kind words

i love this game sm, amazing story line, me and my friend enjoyed playing it, very heart warming and yeah ty for making this amazing game <3

Thank you for playing!

Beautiful game, gorjeous art style, i love the characters in this <3 and the storyline, very well made game :]

Thank you so much! 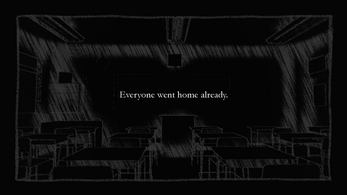 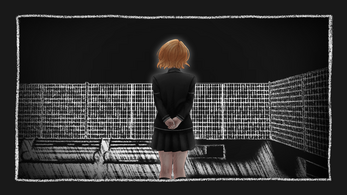 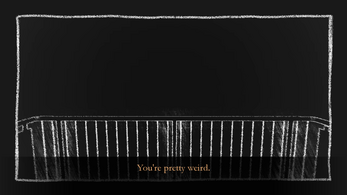